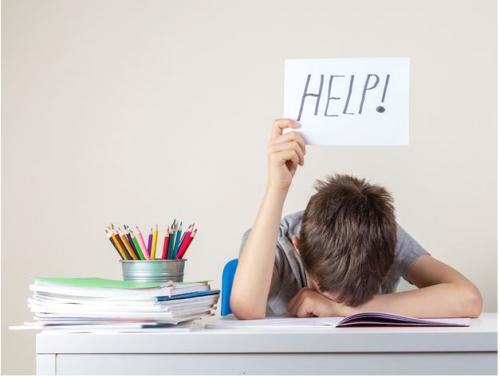 I first met John when he was in 4th grade. His parents sought assistance when they realized that they could no longer manage him as John seemed to be “out of control”. He would often experience fits of rage and during these times he would swear, hit and destroy objects, from his mother’s clothes to the family television set. John’s parents received calls almost daily from the school, where his teachers would complain about John refusing to participate in class, disrespectful behavior and violence towards his fellow school mates. When I spoke to his teacher at school and asked her to describe John’s behavior, she simply stated that he acted “as if he were possessed by an evil spirit”.

I approached my first session with John with much apprehension. Could this be the child that I fail to help? A ragged 9-year-old boy walked into my office. A child, not Emily Rose from the exorcist, but a simple 9-year-old boy whose cheeks were rosy as he obviously felt shy and awkward meeting some strange woman who will probably dislike him (as did everybody else). It took a couple of sessions for John to relax with me and start being himself. During some of our activities together I realized that John had problems reading and writing, difficulty expressing himself and his attention span was limited. It became evident that John had several learning difficulties that lay under the radar as his behavioral problems took center stage. Apart from his apparent learning and behavioral problems, John was experiencing problems at home as well. His father was unemployed and feeling very discouraged. He would often discipline John by hitting him with his belt. John’s mother appeared depressed, unable to engage with her children in order to offer the necessary nurturing and support. Underneath his harsh exterior, I discovered a very sensitive and intelligent boy with strong leadership qualities. A boy who described himself using words as “bad, mean and rude”, yet what he wanted to be was “kind, likeable and admired”. He just didn’t know how.

Through the years of working with children and their families, I discovered that the hardest part of having differences in learning is the way these differences make the child feel. John entered first grade feeling confident, with a desire to be one of the best. His first encounter however was totally different. He found that the other children in his class managed tasks faster and easier. This led to feelings of inferiority and shame. Many times, children and adolescents will resort to any behavior that will mask these feelings

of vulnerability. They may become disruptive, uncooperative, refuse trying new things, avoid participating in activities, act like the class clown, and so on. Over the years, these unhealthy ways of coping with these feelings become ingrained, part of the person’s character, and therefore perceived as impossible to change. These are the emotional barriers to learning, that if lifted, will enable the educator to implement learning skills and aids that can help the child succeed. Trying to implement even the best learning aid to an unconfident and resistant learner will most likely hit a brick wall.

Common emotional reactions to having a learning difference

Once a child perceives their difficulty and starts receiving negative feedback about their academic performance from teachers, parents and classmates a general feeling of low self-esteem, inferiority and incapability may develop.

Shame will lead to the child internalizing negative labels such as stupid, incompetent, or lazy in order to avoid challenges and quit easily. Often teachers experience these students as hopeless or unwilling and may also feel the need to give up on them.

Fear of being found out, fear of ridicule, fear of judgement or criticism and fear of rejection could all be tormenting students experiencing problems in learning. This fear is often masked either by anxiety or anger. The anxious child will try to cope with this anxiety by avoiding tests, participating in class, reading out loud or speaking in front of the class. The angry child will mask his fear with uncooperative, rude and oppositional behavior. He or she would rather be considered “bad” than “stupid”.

Students with learning difficulties are often very intuitive with their own and other’s emotions. They may be moved to tears or anger easily. Difficulty in managing or regulating their emotions may lead to negative social interactions resulting in heightened emotional responses to rejection. Social anxiety and social phobia may result.

Change brings about the unexpected. These students prefer procedures to stay the same and have trouble moving from one activity to another. They may become inflexible at different ways of

doing things or accepting another student’s point of view.

Helping students increase self-esteem and manage their emotions is key to overcoming the emotional barriers to learning. We need to create an environment in our schools where mistakes and failure are the basis for learning and not only accepted but expected. To lessen or even erase fears of being humiliated and embarrassed for not understanding something. Some tips and suggestions of how to achieve this follow.

Provide opportunities for the student to participate in a meaningful way

Encourage them to share their ideas in ways that make them

Be predictable by having clear boundaries and expectations