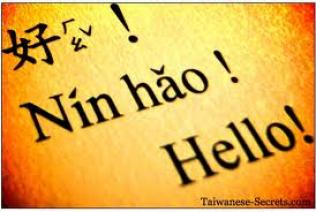 Every year since 2007, the College Board and Asia Society have joined forces to host the annual National Chinese Language Conference (NCLC). Today it has grown to become the largest conference of its kind in North America, and it has become one of the premier forums for sharing ideas and best practices related to Chinese language and culture education.

Each year the conference attracts its share of dignitaries, and last week's 2012 NCLC was no different. We were privileged to hear from Ambassador John D. Negroponte, former U.S. Senator Chuck Hagel and some of the leading Chinese officials in charge of education, including Vice-Minister Madame Xu Lin, Director General of Hanban/Confucius Institute Headquarters, and Chinese Ambassador to the United States Zhang Yesui.

These brilliant and worldly individuals came together because they are committed to building a cultural bridge between the United States and China -- two great nations that will find their fates more intertwined as the years pass.

There is no doubt that this is a key moment for Chinese language and culture education in the United States.

More than 1.3 billion people in the world speak Chinese. One fifth of the planet speaks Mandarin, making it the most spoken language on the planet. Chinese is ranked as the second most important business language in the world by Bloomberg Media. China is the second largest economy in the world. Over 300 million people study English in China. And it is estimated that by 2025, the number of English-speaking Chinese people will exceed the number of native English speakers.

At the same, the number of Chinese programs being offered across the United States has recently exploded. The College Board has seen it first-hand through the growth of AP Chinese -- the number of students taking AP Chinese has more than doubled since the program began, from 3,261 students in 2007 to 7,970 in 2011. In fact, this is the fastest growing AP program. Our challenge and our goal is to keep this progress going, while maintaining the highest level of academic rigor for all students.

Knowing how to speak Chinese and understanding China's rich history is now recognized as a great asset to any American student who seeks an audience with the world. It's a sign of enthusiasm, respect, curiosity, and hard work -- qualities that define successful people in every profession.

That's why we need more American schools, educators, students, and political leaders who are just as committed to teaching and learning Chinese at home, and are ready to put forth the hard work necessary to do so.

To help meet this pressing need, the College Board worked with Hanban (the Chinese National Office for Teaching Chinese as a Foreign Language) and others to develop the Chinese Guest Teacher program. And thanks to this collaboration, the program has succeeded beyond our wildest dreams.

So far, the program has sent more than 600 Chinese teachers to schools in 38 states, touching the lives of tens of thousands of students across America.

One of my favorite Guest Teacher stories comes from Chen Jun, who taught in Los Angeles, California. Mr. Chen did not expect to be so deeply affected by the impact he had on his students' lives. He was especially touched by one student, a 7th grader, who he was sad to consider his worst student for most of their year together.

When the student was in class he did not do any work. He was disruptive and not well behaved. Mr. Chen tried everything to get through to him, but there was no sign of success. The student was, he thought, a lost cause.

Then one day after class, as Mr. Chen sat in the classroom by himself, the student burst into the room and dropped an envelope on his desk before running out. Shockingly enough, inside the envelope was a letter thanking Mr. Chen for all of the help and guidance he had given him. But what was even more surprising was that the letter was written in Chinese.

Other programs have been similarly successful at bringing our two nations together.

In 2008 the Chicago Public Schools district received a grant to take 20 high school students to China for six weeks to study at Shanghai's East China Normal University. The group was racially and economically diverse, and truly represented the student population of the district, which is 85% low income families.

It is programs like these that change lives forever. This is why President Obama's mission to send 100,000 US students to China is of critical important to both the educational and cultural success of the United States.

As we move further out onto the fulcrum of an uncertain world, where old alliances are fraying, a new economy is growing, and a new balance of power is emerging, it is more important than ever that our two countries maintain a healthy relationship.

In the words of US Secretary of State Hillary Clinton, "Our success will be based on how well we understand each other, respect each other, trust each other and are open to learning from each other."

But what does that mean? To me, it means we must understand each other's languages and customs. We must respect our differences and celebrate our common values. We need to trust one another as partners in an international ballroom dance -- taking different steps, but at the same pace, and towards the same goal.

Communication and dialogue will be the building blocks of this relationship. Language will be its foundation. And together, we will bring forth a more prosperous, safer world, where the strong are just and the weak secure.

In the words of former US President John F. Kennedy, "Our most basic common link is that we all inhabit this small planet. We all breathe the same air. [And] we all cherish our children's futures."

When he spoke these words, President Kennedy may have been channeling the wisdom of Confucius, who noted that "Men's natures are alike, it is their habits that carry them far apart."

So in the end, it must be our habits that bring us together.