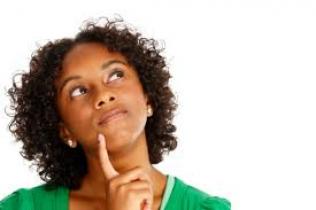 Would you like to think more rationally, especially where you finances are concerned? Did you learn a second language in school — say, Spanish?

If so, University of Chicago researchers have a suggestion for you: Use Español.

A research team led by psychologist Boaz Keysar reports using one’s second language reduces or eliminates certain biases that otherwise infiltrate our decision-making. Specifically, our aversion to potential losse — a bias that can lead us to pass up promising opportunities for potential gains — diminishes as we ponder options in a language learned later in life.

“People who routinely make decisions in a foreign language rather than their native tongue might be less biased in their savings, investment, and retirement decisions,” the researchers write in the journal Psychological Science. “Over a long time horizon, this might very well be beneficial.”

Over six experiments, the researchers found the results held true for native English speakers who later learned Japanese, French, or Spanish, as well as Koreans who learned English.

One experiment featured 54 University of Chicago students who grew up speaking English but studied Spanish in junior high and high school. They were randomly assigned to perform the required task in English or Spanish.

Each participant was given 15 one-dollar bills. In successive rounds, they took one of the bills and chose whether to bet it on a coin toss (either “heads/cara” or “tails/cruz”). Those who guessed correctly kept the dollar and received an additional $1.50; those who guessed incorrectly lost the dollar.

Participants who decided not to bet kept their one dollar and moved on to the next round.

Participants kept their winnings at the end of the experiment. In purely economic terms, the smart choice was to take the bet, which statistically would make them more money over all 15 rounds.

In the researchers’ view, our rational mind seems to take charge when we’re using a less-familiar language.

“Even when people fully comprehend the meaning of taboo words, reprimands, expressions of love, and advertising slogans, they react to them less emotionally in a foreign language,” they note.