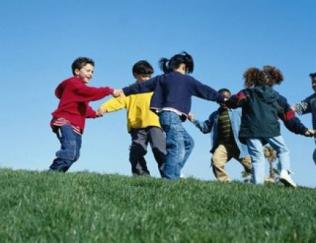 Earlier this month, a New York Times article by Annie Murphy Paul suggested that reading fiction was a powerful way to build social-emotional skills. She cited the work of several researchers in support of this, and I followed up one line of work, by Raymond Mar (York University, Canada). I am convinced, as well.

First, there is the logic of the premise. How can we hope to get into others' minds, know their feelings in detail, or track their thought processes, better than through well-written fiction?

These are aspects of social and emotional skill development that are hardest to train in nuance and depth, and hard to pick up through interpersonal interaction alone.

Second, there is the science of the premise. Dr. Mar's findings in the Annual Review of Psychology (2011) suggest that the same areas of the brain are stimulated by our attempts to makes sense of stories and to make inferences about others with whom we are interacting. In a 2009 study, he found that frequent readers of fiction had greater capacity for empathy and interpersonal insight, and had social networks and social relationships that were no different from those who read less.

There were even some preliminary data suggesting that fiction readers have better social support networks. Dr. Mar's lab followed this with a study in 2010, published in Cognitive Development, focused on preschoolers. He and his colleagues found that exposure to stories, in particular, was associated with young children's development of theory-of-mind skills.

These are skills essential for taking others' perspectives and coordinating their relationships with diverse others. They note that these findings cannot be accounted for by language skills alone; they believe that something is happening in children's cognitive structures, fostering their social-emotional competence.

Finally, there is the common sense and action implications of the premise. Our children's knowledge of our social world would be, and is, limited if they rely only on information they obtain in direct interactions with others. Even media-like television provide relatively few insights unless adults are talking with children about what they are watching, giving them insights beyond the surface.

The action implications are clear. Particularly in early childhood, but still highly important thereafter, is the integration of well-written, evocative fiction in giving children a deeper view of the social worlds around them. This would extend to historical fiction, and dramatizations of scientific discoveries and artistic and performance accomplishments.

Educators and parents should consider the fiction that young people read to be building blocks of their SEL and social, emotional, and character development (SECD). It makes sense to incorporate more, rather than less, of this modality as part of systematic skill-building efforts.