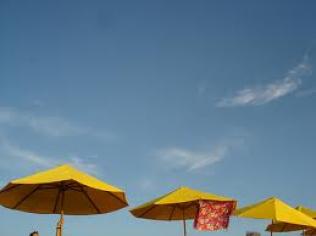 "So, you're a teacher, huh?" says the umpteenth Joe Know-It-All. I know the tone, and I know what's coming next: "Must be nice having summers off," he sneers. I don't know what mythical job this guy thinks I have, but I have never had a summer off.

And I'm not sure who these teachers are who are supposedly lying around all summer sipping sangrias without a thought of prepping for the year before them. But I'm not one of them. In fact, is there really a "them"?

Bottom line is that every year since entering teaching, I have seen some of the busiest summer months of my life.

This is for many reasons:
Back to my pal Joe Know-It-All: I really should've asked him whether he wanted to spend his year doing what I do. I spend my days, my hours, and my minutes existing at the pace of a middle school student. Frankly, I deserve some time off after that. But the fact is, not only do I not get it, I don't know how I would ever function with it.

After all, thinking like a teacher never ends. And when you love teaching, you can't just turn it off at the end of June.

You still continue to search for books in every store to replenish your classroom library... You pick up props and realia to supplement your lesson plans. You attend conferences or seminars to learn new strategies in order to fill in gaps that might exist in your current curriculum units.

The fact is, we need the breaks we get in order to do the job that we do ten months of the year. And the other two months are spent doing other parts of the job.

Civilians don't realize the toll teaching takes on a person -- on their energy and on their appearance, even. You ever see the pictures of a president before his term began and after his term ended? Well, teaching is kind of like that. Adult humans aren't built to spend their days with hundreds of children each day. It takes a lot out of an adult to have their antennae up so high, so often, and so consistently.

And yet, we have troops of people willing to return to the classroom year after year, with no summer break, just for the honor of calling themselves teachers.

The least those civilians can do is acknowledge that while their children are at summer camp, giving them a break from parenting, we intend to do what we always do: be teachers.