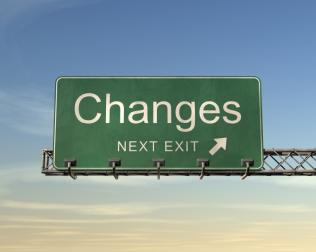 As part of its ongoing program of test review and renewal, Cambridge Michigan Language Assessments has announced changes to the ECPE , ECCE and CPE exams. These changes will take effect in May 2013.

Beginning in 2013 the ECCE exams will include new tasks in both the listening and GVR sections. We believe these new tasks will be well received by test takers, as well as by teachers who prepare students for the examination.

Language representative of that used in public, occupational, and educational contexts is included on the exam

Part 2 of the listening test will have a new task: a short talk.

Each talk, by a single speaker, will last about one and a half minutes

There will be four, five, or six questions following each talk. The questions will be printed in the test booklet, along with four answer choices for each question. Test takers will be given about 30 seconds to preview them before the talk begins. The four talks will be on different topics

There will be a total of 20 questions for this new Part 2 task. It will replace the current extended listening task, which consists of 20 questions about a radio interview related to a single event and is played in segments followed by questions delivered orally.

For Part 1, the short recorded conversations followed by a question with three picture answer choices will not change. The entire listening section (parts 1 and 2 combined) will continue to be about the same

length: 30 minutes with a total of 50 questions.

The 2013 reading section of the GVR will have two types of reading tasks: A short reading passage followed by 5 questions. This type of task is currently part of the ECCE. Beginning in 2013, however, there will be two short passages rather than one.

Four short reading texts related to each other by topic, followed by 10 questions. This new reading task will include four texts that total about 550 words.

There will be no changes to the grammar and vocabulary sections of the GVR. The total number of GVR items will remain the same, but the time allowed for the GVR section will be increased from 80 minutes to 90 minutes. In early 2012, a complete sample ECCE listening test and GVR test will be made available.

Currently, the ECPE cloze section features one long cloze passage with twenty items. As of May 2013, the ECPE cloze section will feature two shorter cloze passages with ten items each. The total number of items to be answered will not change, but examinees will have a greater variety of topics to engage with. In order to familiarize teachers and test takers with this change to the ECPE format, a full GCVR section will be available on the website in January 2012.

These are the key changes to the CPE examination that will be introduced in May 2013.

• CPE will have four papers instead of five. Many of the current Use of English tasks have been retained in modified formats in the Reading paper.

• The new CPE will be shorter than the previous examination by approximately 2 hours. However, careful exam design means that CPE still assesses at exactly the same high level, retains all of the language and skills coverage as the current exam, and introduces new tasks and testing focuses in each of the written papers.

• From 2013 candidates will be able to choose to take CPE as either a paper-based or computer-based exam. This will offer candidates more choice about how they take their exam and introduce more exam dates.

Each of the four papers carries 25% of the total marks. The overall focus of each paper is as follows.

Candidates need to be able to understand texts from publications such as fiction and non-fiction books, journals, newspapers and magazines.

Candidates have to show that they can produce two different pieces of writing: a compulsory one in Part 1, and one from a choice of five in Part 2.

Candidates need to show they can understand the meaning of a range of spoken material, including conversations, lectures, seminars, broadcasts and talks.

Candidates take the Speaking test with another candidate or in a group of three, and are tested on their ability to take part in different types of interaction: with the examiner, with the other candidate and by themselves.

Each of these four test components provides a unique contribution to a profile of overall communicative language ability that defines what a candidate can do at this level.