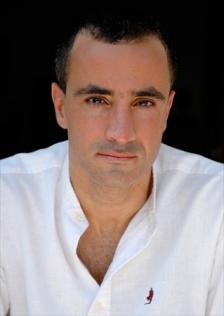 A fantastic ad: Watch this ad – just click on the video. It is brilliant, isn’t it? It is simple, straightforward, easy to understand and clearly related to language (Functions: Making Requests). But it is also a spoof. And our students can certainly make similar ones. Wouldn’t that be great? Instead of boring old homework, with students wading through endless grammar activities, learners today can work on preparing a dialogue, act it out, record themselves and upload it on YouTube! And preparing spoof ads is just one of the countless things technology has made possible for teachers and students today. There are tools and sites on the net today that can completely revolutionise the ELT world – things that a few years back we could only dream about. The promise of technology: I firmly believe that technology can radically transform not only the way we teach (traditional teaching with the teacher in control is on the way out) but rather the way our students learn. I am particularly interested in Psychology and I find myself marveling at how potent web tools can be in utilizing some basic principles for helping students learn more effectively and (crucially) for increasing motivation.

What is it that teachers need?: Switching to colleagues now, obviously we cannot talk about the needs of the Greek teachers as if they were a uniform group. There are IT experts who help to design ELT-relevant sites and there are people who have never even considered using anything beyond the coursebook in class. Having said that, I think it would be fair to say that the vast majority of colleagues both in the private and in the state sector are a long way from being like the former. It is clear that we need to start with very few assumptions about what people already know. In view of this, I would argue that there are 4 things we need to keep in mind: The importance of fluency: One more thing. After countless workshops and webinars on technology, the rate of uptake is not quite what one might have expected. Why? I think this is partly because of a factor known in Psychology as ‘fluency’ – meaning not fast and effortless speaking, but rather ‘ease of processing’. Psychologists have discovered that if we find something hard to imagine, our brain jumps to the conclusion that it will not happen! (Kenrick et al 2012 – p. 43) So, if you are a tech enthusiast, start small, start easy and look at the interface. Speaking of interface, look at the picture above and put yourself in a novice’s shoes. Can you imagine yourself using this? Now look at the picture below. That’s more like it…

Consultant with London Exams Hellas. In his long career in ELT he has

worked as a teacher, examiner and trainer. Articles of his have been

published in numerous countries. He is a regular presenter at events for

courses at the University of Athens. He is particularly interested in

student motivation as well as Social and Evolutionary Psychology. To see

more of his work, you can visit his blog (www.michelioudakis.org)